In the Fall, Blaine Novak’s film GOOD TO GO was released. It was later released on video with a new title SHORT FUSE. Art Garfunkel stars as a hard-drinking Washington, D.C. journalist. The film received mixed reviews, but Art’s performance was generally well received.

On December 21, Art Garfunkel and Jimmy Webb appeared as guests on Amy Grant’s “Headin’ Home For The Holidays” television special. The show included a duet with Amy and Art singing selections from their recently released album entitled THE ANIMALS’ CHRISTMAS. The album is a cantata composed by Jimmy Webb that tells the Nativity story from the perspective of animals that were there.

Art Garfunkel recorded the part of “The Butcher” on Mike Batt’s HUNTING OF THE SNARK.   Songs include, “As Long as the Moon Can Shine,” and “A Delicate Combination.”

Art Garfunkel recorded songs for his next album LEFTY which will be released in 1988. In June, Art made his first appearance on the “Tonight Show – Starring Johnny Carson.” Carson said having Art as his guest was “a great personal kick” and described himself as a “big fan of his (Art).” Art sang his soon to be released version of “When A Man Loves A Woman” and “I Only Have Eyes For You.” Johnny thought Art was such a good actor because he is such a great interpreter of words. Art acknowledged he was nervous, but he did a fine job showing off his exquisite voice. Art also made an appearance at the White House as a guest of President and Mrs. Ronald Reagan.

For long-time fans, LEFTY will be quite satisfying. As always, Garfunkel proves to be a master balladeer – with Leah Kunkel in the duet “I Have a Love”, from West Side Story, and by himself in a sumptuous remake to the Percy Sledge hit “When a Man Loves a Woman.” The album provides the kind of musical variety we’ve come to expect; straight up pop with “This Is the Moment,” breezy philosophizing with “I Wonder Why” (with Kenny Rankin), and unreconstructed doo-wop with the old Tymes hit “So Much in Love.” The rhythm section in “Love Is the Only Chain” manages to glide and snap in the irresistible manner of Fleetwood Mac. “If Love Takes You Away” rocks and rolls in a way that would make Bruce Hornsby smile. Holding the melange together is Art Garfunkel’s delicate yet powerful voice.

Eight of the ten songs on LEFTY were recorded in New York and co-produced with Art and Geoff Emerich, who engineered several Beatles albums, including SGT. PEPPER. The other two tracks, “This is the Moment” and “So Much in Love,” were produced by Grammy winner Jay Graydon in Los Angeles.  Stephen Bishop backs Art on “Slow Breakup.”

In a command performance before Prince Charles and Princess Diana, Art sang “Bridge Over Troubled Water” at the Prince’s Trust concert at the London Palladium. Other performers included Elton John, Phil Collins and James Taylor. Art then stayed in England for a series of solo concerts including three performances at Royal Albert Hall in London (where a live version of “Skywriter” was recorded and included on 1993’s UP ‘TIL NOW).

On July 24th, Art performed at a music festival held at the Tokyo Dome. Art did a one hour show featuring songs from LEFTY and other standards with Nicky Hopkins on piano, Mick “Woody” Woodmansey on drums, Mickey Feat on bass, Jeffrey Jones on guitar and Rob Sabino on synthesizer. Other performers included Billy Joel, Boz Scaggs, and the Hooters.

Columbia Records released a greatest hits compilation simply entitled GARFUNKEL. While it included many of Art Garfunkel’s hits, it did not include anywhere near the number of tracks that were included on THE ART GARFUNKEL ALBUM released in the UK in 1984 (unfortunately not available in the US except as an import). GARFUNKEL does not include the 1979 hit “Since I Don’t Have You.” Other notable tracts missing include; “I Believe (When I Fall In Love It Will Be Forever),” “Crying In My Sleep,” “I Shall Sing,” “Travelling Boy,” and “The Same Old Tears On A New Background.” Fortunately, the album does include the quaint essential New York track “Second Avenue” (which was released only as a single in 1974 and peaked at US#34).

In November, Art Garfunkel was interviewed on the television show “Entertainment Tonight.”

In May, Art Garfunkel recorded a live version of “All I Know” and “All My Love’s Laughter” for a radio program, both songs were later released on 1993’s UP ‘TIL NOW.

In September, STILL WATER was published. A collection of autobiographical prose poems, interspersed with an interview of Art that reveals his thoughts and feelings on a wide range of subjects. From his early days with Paul Simon to the tragic death of his girlfriend and the depth of his despair up to his marriage to Kim Cermak and the pleasures of falling in love again.

In September, Art, wife Kim and old friend Paul Simon took in a New York Yankees baseball game in The Bronx. Also in September, Art appeared on the morning talk show “Live with Regis and Kathie Lee,” where he reads a passage from Still Water.  Art also made his second appearance on “The Tonight Show Starring Johnny Carson” where he sang “Texas Girl at the Funeral of Her Father.”  On the 24th of September, Art (along with his wife Kim) appear at the “Saturday Night Live – 25th Anniversary Special” in New York.

Art recorded vocals for “We’ll Never Say Good-Bye” for the SING soundtrack.  Also recorded  “O Come, All Ye Faithful” for the album ACOUSTIC CHRISTMAS, featuring various artists.  Eric Weissberg appeared on this album and will continue to work with Art Garfunkel throughout the 1990’s. 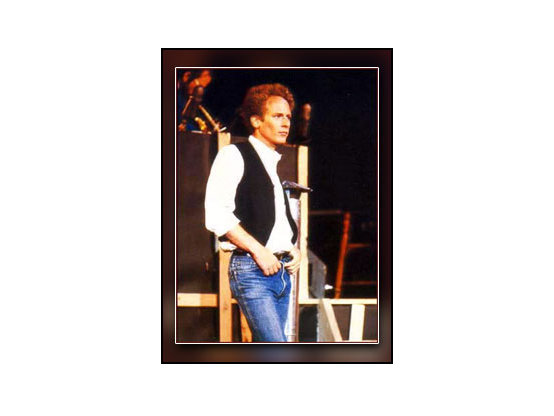 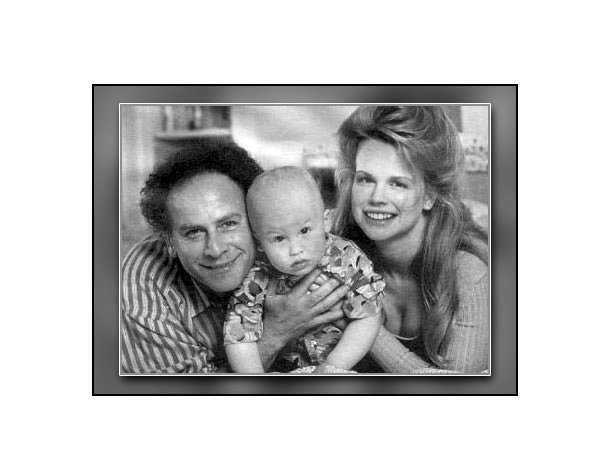