OSHKOSH — A major musical highlight on the Wisconsin college scene will be the Albee Hall appearance at Wisconsin State University-Oshkosh at 8:15 p.m. Thursday of the famed Simon and Garfunkel, hailed by critic Robert Shelton of the New York Times as „the fastest-rising popular vocal duo in the land.“  Tickets are available at Mueller-Potter Drug Store on Main Street and at Reeve Memorial Union on campus.

In a recent article on today’s popular music, critic Ralph Gleason made reference to a statement by an 18th century Scottish politician named Andrew Fletcher.  The quote, „Give me the making of the songs of a nation and I care not who makes its laws.“ was presented in the framework of honoring a salient feature of the songs of the 60s — lyrics with a big message.

It is impressive enough that the trend exists. Unfortunately, a dispassionate observer has to admit that a good many of these lyrics lack intrinsic merit, their value measurable only in terms of reflecting a vague, albeit praiseworthy, concern with something other than who last sat under the apple tree.

All too frequently, only badly canned complaints are put before us to speak for the discontented. The music may be good, swinging fun, but if our brains arc stimulated, it is by decibels, and if we are moved, it is not by words. There are however, both with the big beat and without it, writers and performers who deserve to be taken very seriously indeed. Paul Simon and Art Garfunkel are among these.

This gifted team came up via the typical route of Greenwich Village coffeehouses and moved on to performances at the Edinburgh Folk Festival and the Troubador and Enterprise in London. They have been seen on various television shows and are currently presenting a series of concerts on college campuses.

They became famous when their first Columbia single. „The Sounds of Silence,“ became the country’s best-selling record and subsequently won a gold record for sales of over 1,000.000 copies.  Other singles. „Homeward Bound.“ „I Am a Rock,“ „The Dangling Conversation.“ „A Hazy Shade of Winter,“ „At the Zoo“ and „Fakin‘ It“ have all been hits. They have also done three best-selling albums for Columbia: „Wednesday Morning, 3 A.M..“ „Sounds of Silence“ and „Parsley, Sage, Rosemary and Thyme.“

This is pretty impressive data. Much more impressive is the absolutely first-rate quality of their performances and material; music and lyrics by Simon, vocal arrangements by Garfunkel.

Loosely described, their songs are in the mold of traditional folk with rock overtones, and at their center are preoccupations with loneliness, illusory existence, the pain of time passing and lack of communication. Ironically, these things are often the stuff of adolescent grumbles. But they are also matter for serious concern. Simon and Garfunkel interpret them as such, not couching these themes in poetry, but illuminating them in the language of which poetry is made. And rendered sometimes gently, sometimes with muted intensity, sometimes with unrelenting drive, their songs fulfill poetry’s purpose of presenting the image as acute, untranslatable encounter with truth.

As might be expected. Paul and Art are rather intense, though hardly solemn, young men with literary interests that range from Joyce to „kids who write on subway walls.“ They claim they are less different from each other than they appear to the casual observer, Paul being the more outgoing of the pair. They are both in their early twenties, direct, witty and very hip, and they have been friends since they were youngsters in Queens, New York.

„Neither of us,“ recalls Art, „was a one-of-the-group type, except maybe through athletics. I guess that’s why we were drawn together.“ Being outsiders, so to speak, was one reason. Mutual interests, music chief among them, were another. As they tell it, „We were going to rock ’n‘ roll shows when the audiences were mostly made up of kids from Harlem.“‚

They began singing together when they were about 13, spending their time after school in long, serious rehearsals, listening to each other’s pronunciations and working at matching and balancing their voices. „We started doing some stuff at school and went around to a couple of record companies, but then it was time for college.“ The two went their separate ways, Paul to major in English literature at Queens College, and Art to Columbia University, where he is now a graduate student.

During their early college years, what they now call a „dig-yourself competition“ led to a breach in their friendship, but „we got over it and got back together.“ In the meantime, Paul had begun to do his own songwriting and, following his graduation, had gone on the first of his frequent jaunts to Europe. Periodically, Art, in between exams, term papers and other demands of student life, joined Paul, and the two became quite well known in England. The release of „The Sounds of Silence,“ in a reversal of the usual sequence of events, brought them to the forefront m their own country.

Simon and Garfunkel stand a bit to the side of the categories covering the mainstream of „message music “ Neither their songs nor their attitudes are true to type, and Paul numbers „people who are always sure they’re right“ among the few things of which he’s intolerant. This is not in any way to say that they are indifferent to the issues around which the protest movement revolves or unsympathetic to the hordes of the disaffected. They are however, inclined to see subtleties‘ where others see the gospel; if the glassy-eyed assurance of the true believer is demanded, Simon and Garfunkel are heretics. This is one reason why their material leans toward the personal experience, and therein, in part, lies the material’s strength. It is quite beside the point that what Simon and Garfunkel have to say is so keenly suited for a medium of expression which may be, the scale of things, only a fleeting phenomenon. What they say of the human condition is said in terms that are artistically valid in the most contemporary sense and, therefore, all the more relevant to our time. 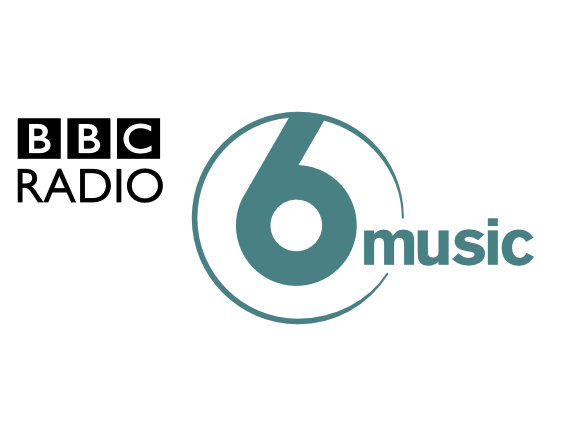 1975 Breakaway Interview
Next Article
We use cookies on our website to give you the most relevant experience by remembering your preferences and repeat visits. By clicking “Accept All”, you consent to the use of ALL the cookies. However, you may visit "Cookie Settings" to provide a controlled consent.
Cookie SettingsAccept All
Manage consent