Few songs have caught the world’s imagination quite like Bridge Over Troubled Water. Sung by Art Garfunkel 37 years ago, it still has an extraordinary power to move and uplift.

For a dozen years the Simon and Garfunkel album from which it’s taken was the biggest-selling in music history. There cannot be many people for whom Garfunkel’s limpid delivery of its opening lines does not evoke a particular memory of time or place.

A born itinerant, the 65-year-old son of a travelling menswear salesman has already covered much of the US with his four-man band, and last month I caught up with them in the small Virginia town of Newport News. For all the gentleness and warmth of the Garfunkel musical canon, it was a distinctly prickly encounter.

„I don’t fit in,“ says Garfunkel, in the otherwise empty restaurant of the anonymous tour hotel. „That’s the story of my career. And I like to not fit in. Bridge Over Troubled Water is five minutes long, incredibly slow and super-soft when it starts on the radio. A guaranteed failure.“

I tell him I think that in its first two lines – „When you’re weary, Feeling small“ – he communicates a fantastic amount. He looks at me sideways from beneath the woolly ski-hat that perches on on the top of his head for the duration of lunch. „Thank you. I’ll take the compliment. I sweated for that.“

For a man who has achieved so much, Garfunkel exudes a neurotic, twitchy sense of dissatisfaction. „I’ve always thought the game in life is to stay interesting to yourself. If everybody’s doing something, swim the opposite way.

When Paul [Simon] and I were teenagers, performing as Tom & Jerry, we would often be the only white act on the bill. In the world of rock and roll we were educated, brainy, different. But I liked that. We charted new ground. We married two disparate elements: a poetic sense of songwriting, and an ability to make records that swing. It’s a powerful combination.“

Having studied math and architecture at Columbia University, Garfunkel is indeed an educated man. It’s audible in the precision and attention to structural correctness that characterise his singing.

„Tiny things in the throat express humanity in a performance – and they’re gold. I don’t think I’m a natural performer. I’m more a reader, a thinker, a schoolteacher. But I am a natural singer. Singing and making a lovely sound is my life’s devotion. And I’m entirely confident when I go there.“ He reaches for his thousand island dressing. „I feel like a good singer who deserves respect.“

Garfunkel says this with the distinct suggestion that he doesn’t get any, yet this seems bizarre. The fondness that people have for his work is boundless. When I saw him and Simon play Hyde Park in the summer of 2004 I witnessed grown men and women in tears, singing every word.

He rather reluctantly concedes this. „It’s true there is a warmth there. Nowadays I’m thinking, this is greater than it used to be. Is it that the years are adding up? Are they saying, if you’re hanging in and doing this for this long, then we love you for it?“

Perhaps the problem lies in the fact that Paul Simon wrote all the songs and has sold more solo records. Garfunkel’s talent is primarily interpretative. But this has given him success in fields that have eluded Simon, mostly as an actor, in films such as Catch 22, Carnal Knowledge and Bad Timing.

„You come to work infinitely pliable. You trust the director or the record producer and you are just plastic. You give to your buddy, to try and flesh out his vision. When I flew down to Mexico in ’69 to make Catch 22, I was a nervous little nerd. But I gave myself to [director] Mike Nichols and it came out OK.“

For all the millions of people he has sung to, for all the albums sold, that nerdiness has not deserted Garfunkel. He marks a brief pause in our tense conversation by giving me a sheet headed „My life achievements, prioritized at late 1997“. It counts down, chart-style, from 25 to the all-important No 1 spot. These are some highlights:

At 20: Singing as cantor four hours of repertoire at my bar mitzvah 1954.

2: Producing and singing ‚Bridge Over Troubled Water‘, an album 1970.

I am comprehensively wrong-footed by this list. At the time I remember thinking, the man’s a loon. But looking at it now, there is something edifying about it. In fact, it’s truly impressive. I find myself thinking that if my own list looks like that at 65, maybe I’ll be making copies for strangers, too.

It is, like Garfunkel’s music, hugely earnest, and that is part of its charm. It is also fascinating for more significant and sombre reasons, because it’s written on a piece of letterhead that reads „A Nicolas Roeg film for Rank“.

Roeg was the British director of Bad Timing, a film that marked a tragic and pivotal and moment in Garfunkel’s life.

He had been living for some years with the actress Laurie Bird (she appears alongside Diane Keaton in Annie Hall), when Roeg asked him in 1980 to come to Vienna and play the lead in his movie. Garfunkel’s character is supposed to have a passionate and jealous affair with a girl, played by Theresa Russell, who attempts suicide.

In fact, as the film progressed, it was Roeg who began a real-life relationship with Russell. Towards the end of filming, at the same time that he found out what was going on between Roeg and Russell, Garfunkel received a call from Manhattan telling him that Bird had committed suicide in their apartment.

Although it is Garfunkel who brings up this event, he immediately shuts the subject down. He does this by turning away and ignoring me. „Is this something you’d rather not talk about?“ I ask. Silence. He looks at the wall.

Finally he reaches into his file again and produces a plastic-laminated sheet on which is a poem he has written. He reads it to me. Again, I am slightly thrown. But it is a rather good poem – a lovely conceit about his son, Beau, not yet two.

„I dig being a poppa and a husband,“ he continues. „My wife is younger than me and she looks at the city with the same sense of glamour that I used to. And I love her, so I love New York.“

Garfunkel married former model Kim Cermak 19 years ago, but the death of Laurie Bird clearly affected him profoundly. Much of his sadness is described in Still Water, a book of poetry he published the year after he and Kim were married. The book seems to draw a line under a particular period in his life.

„I strung out my young years – the me-me-me stuff, the introspection – right into my forties. I grew up slow. But that’s America. We have so many goodies. It’s easy to not grow up in America. There are so many indulgences, so many excuses. Then I fell for Kim. And felt it was the right time to serve the stability of my family.“

Two recent fines for possession of small amounts of cannabis suggest that perhaps Garfunkel hasn’t entirely given up on the goodies. He winces at the mention of it – „I find it embarrassing“ – but his eyes light up at the memory of the liberal, hopeful, fun-loving ’60s that his voice so symbolises.

„The ’60s were even better than they look. No one has captured it yet. Your life is yours and it’s for you to be happy. Look within, seek out inner peace. Just don’t hurt anyone – there are no other rules. The tragedy is that we ’60s idealists were never able to translate our good thinking into legislature, into a real shift in America. We still have only one value system here: 100 dollars is twice as good as 50. In America, that’s what our life is all about. The money god has been such a blight on American culture.“

Garfunkel seems suddenly wistful as we get the bill. He’s heading up to his room to warm up before the sold-out show he has at a new 3,000-seater auditorium on the local campus. He talks about his elder son James, now 16, who also wants to be a musician.

„When he was about seven, we went into a record shop and the guys said ‚Hey, Art!‘ He turned to me and said, ‚Daddy – does everybody in the world know you?‘ And I said, ‚Mmm… about half.‘ And it was a lot of fun to give him that answer.“

The next time I see him he’s walking out on stage that night, to a huge reception. He’s right about not being a born performer: he looks slightly ill-at-ease. But he begins to sing and it’s uncannily the sound of those beautiful records of the ’60s.

He had said this to me earlier: „Working as a musician, there is no age. When you open your mouth and it’s music time, everything to do with ageing falls away. To chase after the beauty of a vocal line is an ageless thing, and I’ve been doing it all my life. Nothing has changed: I’m still a kid with a sense of beauty, trying to get it across.“ To judge from the standing ovations that night, that is just what he did. 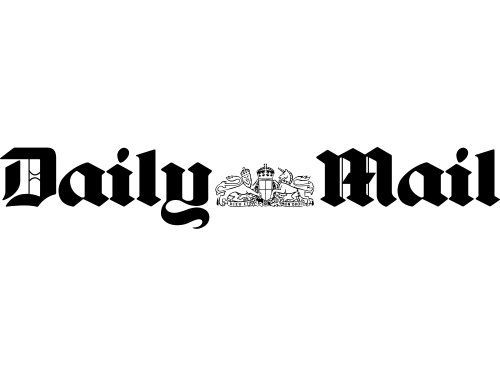 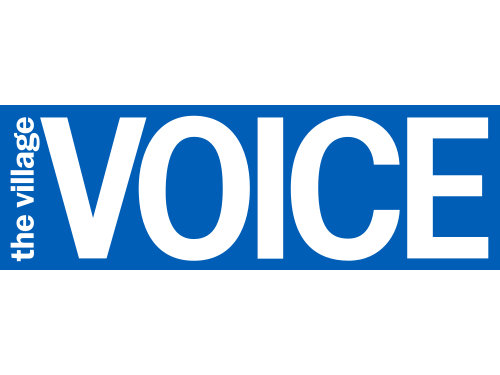 Clip Job: Goldstein Talks to Simon and Garfunkel
Next Article