Where Have You Gone, Mike Nichols? Art Garfunkel Gives Perspective On The Late Director

As a journalist, I‘ve done my share of big interviews. By choice, many have been “heroes” of mine growing up – Neil Armstrong, Joe Frazier, Sir Edmund Hillary, Ginger Baker, Sir Roger Bannister. As such, while exciting, each requires me to keep a certain distance from any biased preconceptions going in.

Sometimes the chats prove enlightening and pleasant, other times either-or, still other times neither. My recent interview with singer/songwriter Art Garfunkel was one of the most enjoyable and informative encounters I have ever had.

Like all baby boomers, I grew up in the shadow of Simon & Garfunkel and the power of The Graduate, The Sound of Silence, Mrs. Robinson – all heady stuff that captured the spirit of a unique, thoughtful generation. So earlier this week, I was delighted to see the release of a new CD set, Simon & Garfunkel – The Complete Albums Collection.

In a 45-minute telephone chat with Garfunkel, we covered that release – and the intricacies of his volatile relationship over the decades with writing partner Paul Simon. But more immediate in our discussion was the passing Nov. 19 of Mike Nichols, who directed seminal movies Garfunkel was involved in, including Catch-22, Carnal Knowledge and The Graduate.

Subsequent installments of this interview series will delve more into the S&G equation, but the following edited excerpts focus on deceased director Nichols.

Jim Clash: Mike Nichols was not just a business associate, but a long-time friend of yours. Are there words to describe the world’s collective loss here?

Art Garfunkel: Words fail. You’re in the business of words, you have to catch things you write about and capture their essence. It’s a chancy business. Words don’t cut it when it comes to certain extraordinary things. Mike was about the greatest of them all. He was singular. [It’s rare] to encounter a person and ask, ‘Could this be the most intelligent, extraordinary man I have ever met?’ You need to step back and have confidence in your own judgments to capture when something is extraordinary. Mike was a man who seemed to have many extra IQ points and floated a little above reality. He never sweated because the power of intelligence is a calm thing.

JC: He was generous with his talents, no?

AG: I read a story recently where he was called in as a show doctor to sit with the audience to help. They were very frustrated, the production company. Mike watched the whole thing and said nothing. He then asked, ‘Can you do the play over again?’ They did the whole thing over, and he quietly spoke one sentence: ‘Move MOVE the chair into the center.’ The power of intelligence! When you are a smarty, you connect the dots with simple straight lines. Mike was never ruffled.

JC: You owe your own acting start to him, correct?

AG: My association with Mike was that of a mentor who plucked me out of a structure called Simon & Garfunkel and said, ‘I think you’re an actor as well.’ He found down time in my life while I was waiting for Paul to write new songs and offered me a role in Catch-22. Prior to that, we had made the sound track for The Graduate. As we worked – Paul, myself and Mike looking for songs to go in and liking on Mrs. Robinson – he must have been saying, ‘I could use Arthur as an actor. I know he has no acting experience, but he’s quick enough to work it out if I cast him appropriately.’

JC: And sure enough, he did!

AG: Mike came by my apartment on 68th Street in New York one day in 1968, rolled down the window of his limo and handed me the script to Joe Heller’s Catch-22. He said, ‘Read this, look for Captain Nately, I see you in that role.’ ‘But Mike, I’ve never acted,’ I said. ‘Just read it,’ he said. When you do read it, you find yourself suddenly able to empathize with Nichols’ call. I can see myself doing these lines, I am this guy. I can just be myself. Nately is an innocent. You have to like him when he’s there as a bit of a mama’s boy, and when he’s shot up you have to miss him when he’s gone as if you had never expected it. I get a catch in my breath when I say that. And so it is with Mike – you have to miss him when he’s gone.

JC: We all collectively miss him, I guess. The Graduate is my own favorite movie.

AG: Yes, New York lost a leading star. We don’t have Jackie [Onassis], we don’t have Truman Capote, we don’t have these really bright top-of-the line social beings that are so clever and so damn wonderful. They’re gone now, and Mike stood at the beacon. New York took a hit – we are a little flatter town now.

Art Garfunkel On The Tune That Changed His Life: Sound of Silence

Here, we discuss the tune that changed forever Garfunkel’s life, and that of his songwriting partner Paul Simon. The Sound of Silence was originally released in October 1964 on the Wednesday Morning, 3 AM album, Simon & Garfunkel’s first. The song, like the LP, wallowed in obscurity until it was rereleased with changes in January of 1966, when it reached No. 30 on the Billboard charts.

In a brand-new CD set, Simon & Garfunkel – The Complete Albums Collection, The Sound of Silence is featured no less than nine times. Following are edited excerpts from what Garfunkel remembers about the original recording of that sixties anthem.

Jim Clash: Of the versions of Sound of Silence on the new CD set, which do you prefer?

Art Garfunkel: I think the best of them all is not so much the original, nor the hit with the [electric] overdubs, the pop tune that changed my life. There are 11 CDs in this new package and the best is 1967 Live From New York City. Sixty-seven was the middle of our lucky extraordinary five-year run and when you hear that concert – before Bridge Over Troubled Water and Mrs. Robinson ever existed – we were working in our acoustic way with two voices and one guitar. That was the format – we traveled light. The Sound of Silence from that concert, Jim, that’s the sweet one!

JC: Way back, did you know it was going to be a hit right away, or was it just another tune you had recorded?

AG: Somewhere in between, Jim. The words to me were very appealing, and it was one of those melodies Paul wrote that made you feel like ‘we know this song. It’s been under our noses all of our lives. Doesn’t this already exist?’ And so it is with really basic, wonderful stuff. ‘It’s always been around. Paul just uncovered what was, right?’ No he didn’t – he wrote it!

JC: Do you remember the very first time you recorded Sound of Silence?

AG: I’m struggling now with memories. It’s been so many years. It was 1964. We were in Studio A of Columbia Records on Seventh Avenue around 49th Street. It was their main studio – a big square room, parquet floor, high ceilings, lovely sound. We recorded there the first few years. The room really affects the recording, and this was a beautiful one. It’s what gave Scarborough Fair that lovely guitar sound. When Columbia auditioned us in producer Tom Wilson’s office, he said, ‘Let me set up a demo for you in Studio A. If you put down four tunes, I’ll bring them to the powers that be, and I believe Columbia will sign you.’ I think Sound of Silence was right there, in that first session. We were just encountering Roy Halee [engineer]– H a l e e – he was setting up the mics. And the company did sign us. Now was that the actual recording they used or did they, after signing us, say, ‘Let’s record Sound of Silence for real’? I don’t remember.

JC: The later, pop version of Sound of Silence is not just two voices and a guitar – it has electric instruments. What did you think when you first heard that one?

AG: Why not? Nobody expects a hit. Hits are something that happen one in a thousand times. I’m depressed by those odds. It means, ‘forget it Charlie.’ So you put things out, you roll the dice, you walk away from the table and let life surprise you. As much as I loved Sound of Silence, it had been out for a year and did nothing. But the Columbia field sales guys, particularly down on the east coast of Florida, knew it was capturing an audience. People were calling in nightly. Like Rocky Horror Picture Show, it became a cult. I didn’t know any of that, but it’s what led Tom Wilson to overdub the bass, drums and that electric 12-string guitar, the fashionable sound of the season. When I heard the overdub in September of 1965, I basically said put it out – see what happens. And the rest is history. 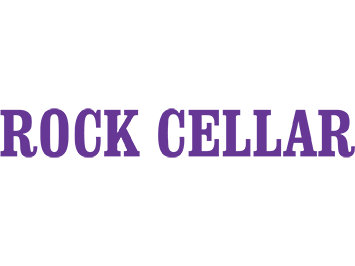 Art Garfunkel’s greatest interview ever: “Paul and Artie can be very squirmy around each other”
Next Article
We use cookies on our website to give you the most relevant experience by remembering your preferences and repeat visits. By clicking “Accept All”, you consent to the use of ALL the cookies. However, you may visit "Cookie Settings" to provide a controlled consent.
Cookie SettingsAccept All
Manage consent